Protecting and preserving our Site of Special Scientific Interest 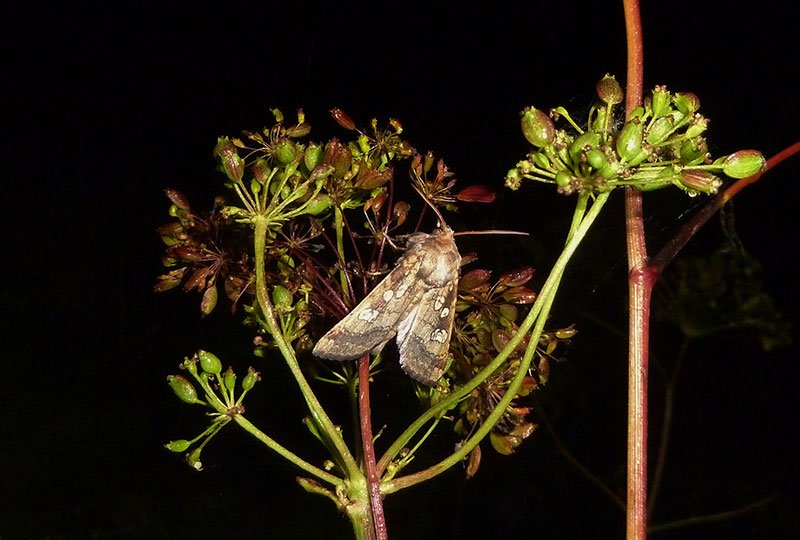 Bramble Island is a Site of Special Scientific Interest (SSSI) and here at EPC-UK we are proud to be custodians of such an important and vital location. The management of this invaluable environment rests with Michelle Miller, General Manager of Bramble Island, and her team, all of whom are advocates for sustainability and have a passion for protecting the delicate ecosystem that surrounds them.

“It is a great privilege to not only work surrounded by such an environment but to also play an active part in its continued protection,” explains Michelle. “Our entire team is dedicated to ensuring Bramble Island thrives, from its local seal population and migratory wading sea birds, to the rare flora and fauna and unique Fisher’s Estuarine Moth. Through the ongoing active management of the site and collaboration with external organisations such as Natural England and the local council, we are mitigating the impact of EPC-UK activities whilst helping our surroundings to flourish.” 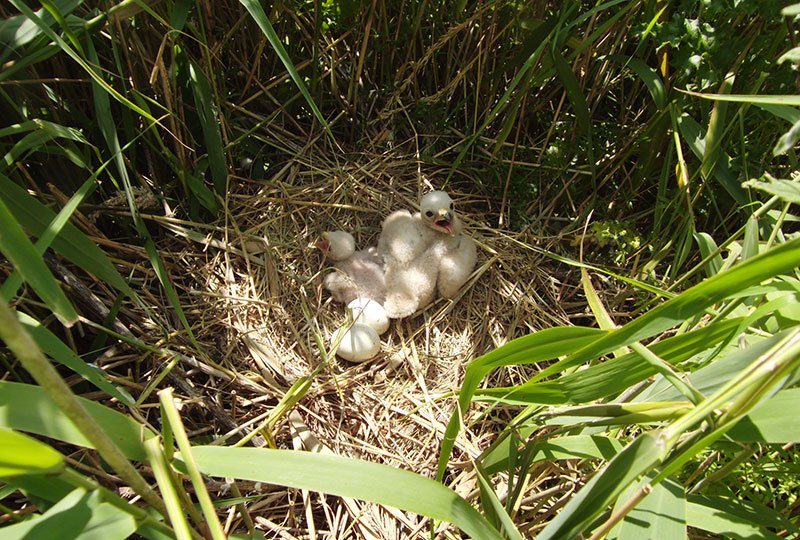 Bramble Island is situated on Hamford Water – an area within the Thames Estuary – and shares its shoreline with local populations of harbour and grey seals, who together live in the sheltered waters, sandbanks and estuary habitat our Bramble and Oakley Creeks provide.

Michelle explains, “To ensure we are doing all we can to safeguard the seals and monitor the colonies’ welfare, we recently commissioned environmental consultant, Ocean Ecology Limited (OEL) to make a map of the seals’ distribution and estimated numbers; take general observations of the welfare and behaviours of the seal; and in the process monitor any activities that might potentially impact the species’ health, population and haul-out selection areas.

“It was an invaluable exercise, revealing that the Hamford Water Estuary’s resident seal population appears to be considerable, with variations in numbers depending on the day and tide.

“Respect for the environment in which we operate is one of EPC-UK’s core business values. Regular monitoring of the local environment on and surrounding Bramble Island demonstrates our on-going commitment to ensuring this unique ecosystem continues to flourish hand in hand with our operation. The reason for bringing OEL on board has been to ascertain whether or not the seal colonies are at all affected by our work. The OEL team reported that the seals inhabiting the creek appear to be in good health and that animal behaviours did not suggest any signs of distress or disturbance as a consequence of having EPC-UK as their neighbours.”

Taking to the air

As well as a thriving population of seals on the estuary, the island is also home to the extremely rare and protected Fisher’s Estuarine Moth. Its rarity is due to the moth larvae’s dependence on the plant, Hog’s Fennel, which only occurs in the Walton Backwater Areas such as Bramble Island.

“We are all keenly aware of the role we have to play in the continued survival and future of the Fisher’s Estuarine Moth and the plant on which is depends. Working alongside Natural England, the team here at Bramble Island regularly monitor the health of these essential plants, as well ensuring that no EPC-UK activity impinges on these sensitive areas,” explains Michelle.

As well as maintaining the island’s ecosystem to ensure the successful future of the Fisher’s Estuarine Moth, we are also working hard to protect the wide diversity of birds that call Bramble Island home.

“We are lucky to have a vast array of birds on the island, from woodpeckers and owls to migratory wading sea birds. To help these birds flourish we’ve installed several bird boxes across the site, which are constantly monitored and replaced when required.  In addition, EPC-UK supports regular bird counts, which enables the health of the birds to be examined and monitors the diversity of the population on the island. 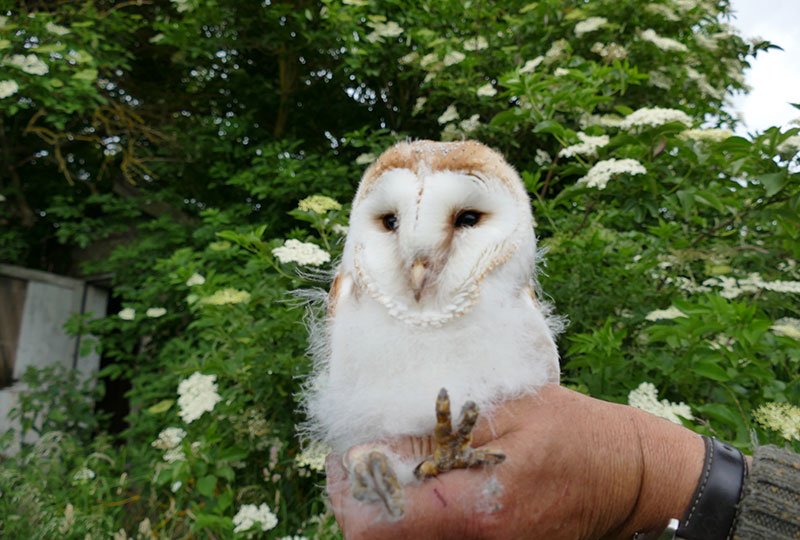 The entire team at Bramble Island is involved in the ongoing management of this sensitive environment.  We are all passionate about preserving this rare, yet thriving, ecosystem in which we work – and this was never more evident than during the COVID-19 pandemic, as Michelle explains:

“Bramble Island is a large site, which allowed some of our team to continue working throughout the pandemic, as social distancing rules could be adhered to. This meant that the island was still continually monitored even during this challenging time – in fact rather than taking a step back during the pandemic, employment engagement at Bramble Island has increased.

“Regular staff walks continue to be organised, which not only help to educate the team on what surrounds them but also allows them to maintain pathways – making it easier for EPC-UK staff and external organisations to navigate the site without disturbing the habitat – and monitor the health of the island.” 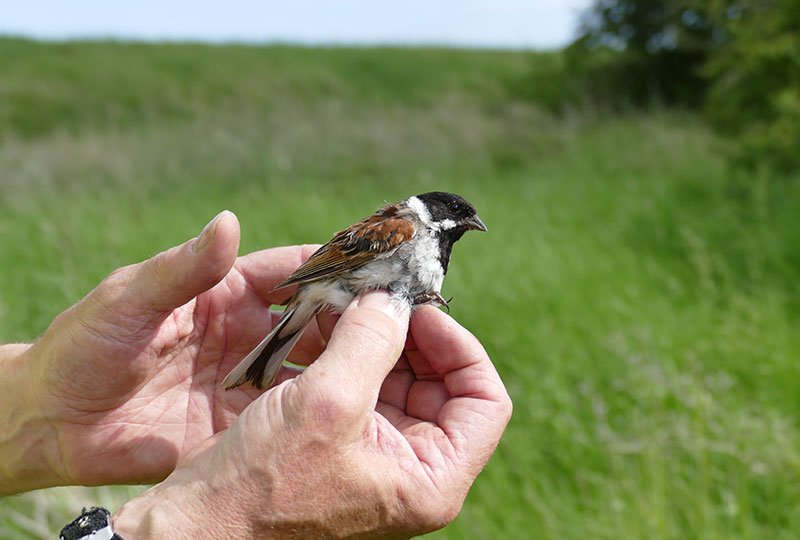 A bright future for Bramble Island

Maintaining the future of this diverse, beautiful, and significant site is of paramount importance to everyone at EPC-UK. Ongoing risk assessments ensure all core activities carried out by the company comply with stated regulations and statutes, and go above and beyond what is required to preserve and protect the ecology of the island.

“EPC-UK as a whole is dedicated to adopting more efficient and sustainable processes within its core businesses. We have worked hard to understand the impact our business processes have on our surrounding environments and are continually developing new and improved ways of mitigating any impact these procedures may have.  Everyone at EPC-UK is committed to the ongoing protection of Bramble Island and the amazing wildlife and flora it contains and the entire EPC-UK team is working hard to ensure its continued success for future generations to enjoy.”