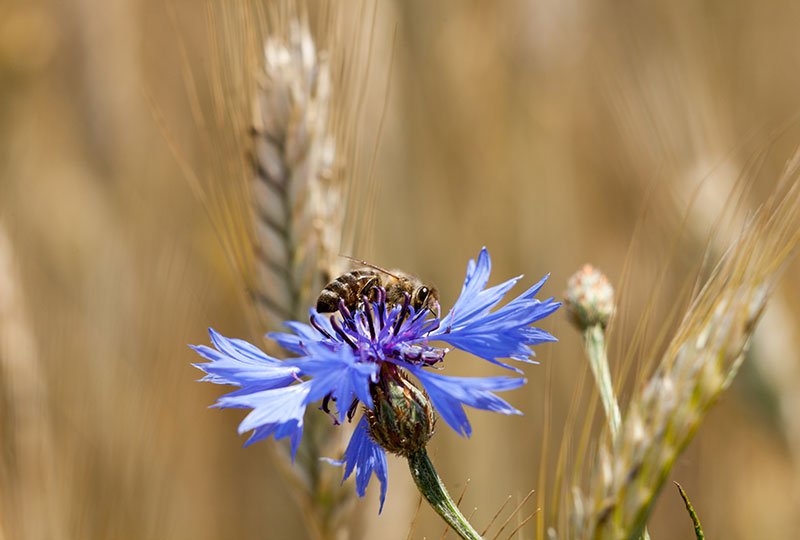 For our resident EPC-UK beekeeper, Andy Bailey, autumn is here all too quickly. With the summer now a distant memory and the leaves on the trees changing from vivid green to autumnal shades of gold and brown, he’s noticed that the bees have already sensed winter is on the way and are gathering the last of the available forage to help see them through the winter months ahead. Here’s a report of his latest findings and activity:

This month I have been uniting some of the hives’ weaker colonies with stronger bees to give them all a greater chance of survival through the winter. If I was just to transfer all the bees from one colony into another they’d fight and we would lose many precious bees, so the process of uniting two colonies has to be performed with care.

My first task has been to ensure that the stronger colony is ‘queen right’ or in other words, has a viable queen in the colony. The colony to be united has to be queen-less as one queen would not tolerate an imposter and any subsequent fighting could result in the loss of one or both queens in the mêlée.

I carefully performed this process and ensured that the queen right colony was already in place with the brood box remaining on the bottom of the hive. I took off the hive lid and crown board and placed a sheet of newspaper on top, held in place with a queen excluder. I then positioned the weaker colony on top of the stronger colony with the lid on, and left the hive for about a week; after which the bees chewed through the newspaper with the pheromones of the queen right colony slowly permeating throughout the top brood box.

The objective was to encourage both colonies to think they are one, and allow peace and harmony to reign. Fortunately I have been successful with all the colonies I have united at Rough Close Works, so all being well we will head into winter with four strong colonies in place.

My second task this month was to complete the final treatment for varroa mite to ensure each colony has as little varroa as possible. I have been treating each colony with a thymol-based medication treatment called Apiguard. 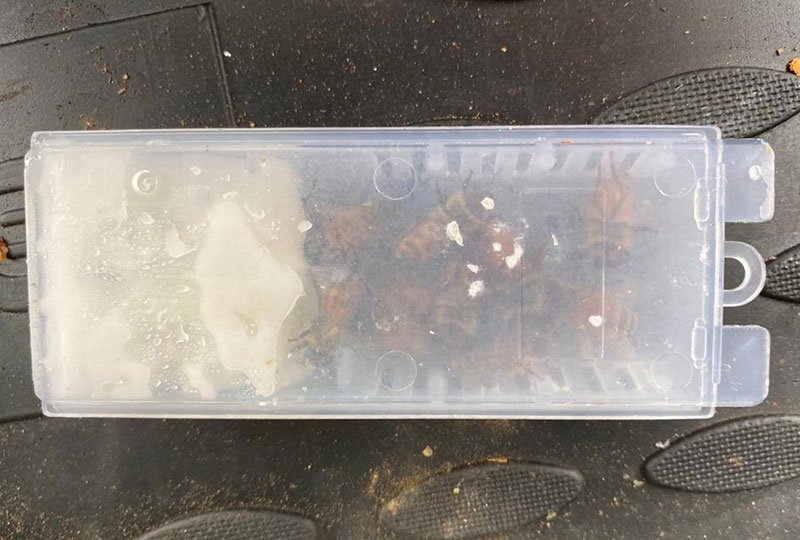 The final and trickiest task for September has been the introduction of a new queen to colony two. For some reason, this colony suddenly became queen-less. This is an issue I’ve heard other beekeepers have had this year, where the queen just disappears for no apparent reason – not swarmed, just rejected by the colony. At Rough Close Works this has happened with colony two (second from the right as you look at the hives).

It is far too late in the season to hope that the colony will make emergency queen cells and there are few, if any, drones around now to be able to mate successfully with a virgin queen, so the only option is to buy a new queen from a supplier.

Purchased queens are usually from a strain of bee known as Buckfast – named after Brother Adam who came from Buckfast Abbey and bred the original Buckfast for its productivity and gentleness; or Carnolian, a breed with similar traits. Queens from both breeds cost around £40 each and are instrumentally inseminated so the strain can be guaranteed. I chose a Buckfast queen, as I have been impressed with the breed’s productivity in the past.

Timing is important here as the queen is delivered by post in an introduction cage, which contains the queen and about six worker bees that feed and groom her. At the bottom of the cage is a plug of candy, which sustains the bees whilst in transit, and also stops the queen and her entourage from escaping.

Again it is important to inspect the colony carefully, as if there is already an existing queen present our new queen would be killed immediately. Having determined that there was definitely no sign of a queen in the hive, the new queen, still in her cage, was inserted between two frames. The idea is that the pheromones from the new queen will permeate throughout the hive, and the bees will eat through the plug of candy and eventually release the queen.

Having introduced the queen to the colony, I checked the hive a week later and although most of the candy plug had been eaten away – allowing the workers to escape – the queen was still trapped, but alive, inside the cage (as she is much larger). On my visit a week later I released her from the cage and she scurried away into the hive, hopefully to start laying straight away. It is important now to let her get established before the colony is disturbed again, so I won’t know for a couple of weeks whether she has been accepted or not. Fingers crossed! 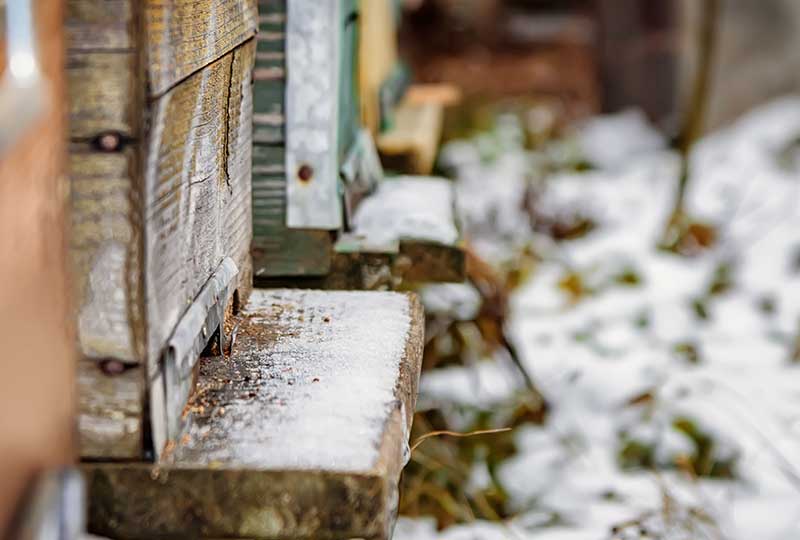 Stocking up for winter

As I write, I am waiting for my supply of fondant to arrive so that I can start feeding the bees for the winter and provide them with as much food as they can possibly store to make it through the coming months.

Good news. The fondant arrived today, which gave me the opportunity to visit the site and have a quick peak inside the hive with the new queen. I didn’t want to disturb the hive too much, but I could see that there were signs of a new uncapped brood, which means the new queen has been accepted and she is also laying.

Each of the four hives has been given 12 ½ kilos of fondant to help the bees stock up for overwintering. All we can do now is keep an eye on the level of stores in each colony from time-to-time to make sure they don’t starve over the winter months.

That’s about it for September; time now to start catching up with tasks at home whilst the bees make the most of the remaining ivy forage and munch on the newly supplied fondant.

In the meantime, stay safe.